To H.E. President Tommy Remengesau of Republic of Palau,

To Ministers of National Government of Republic of Palau,

To Governors of the States of Republic of Palau,

Why Is Fish Feeding Continuing in the Sea of World Heritage Palau?

With this report, I would like to ask you all to take measures such as enacting laws/regulations to protect marine environment of Palau. In particular, I emphasize that fish feeding and the use of sunscreen lotion by tourists in the Jelly Fish Lake should be prohibited.  I have concern that if you continue to allow an increasing number of visitors to the Lake without any regulation, it would lead to deterioration of water and dying out of jelly fish.

I sincerely request you all to understand more deeply the problems facing Palau’s marine environment and take a strong leadership in resolving them. I will submit this request note to you on behalf of Japanese divers and snorkelers, and I also attach some documents on measures taken by some countries/resort areas and scientific viewpoints.

My company’s suspension of Palau tour

I have engaged in diving business for more than 30 years.

First, I have run diving schools at 12 places throughout Japan as well as branch shops in Okinawa and Guam. In 1990, I purchased Marianas Divers, Co, the oldest diving shop in Micronesia, and developed it to the current branch shop.

Second, I have run a NPO (non-profit organization) aimed at conducting awareness building activities on marine conservation in school education and in snorkeling. My NPO has engaged in teaching snorkeling at schools.  This is the first educational practice at schools in Japan.

Third, I engaged in establishing a cooperative union of scuba-diving employers for Japanese diving operators in 1995. Now 120 diving operators have joined the union and worked for the promotion of safety, environment conservation and system of liability.

Recently, I have heard concern over Palau’s sea from those of diving operators, NPOs, environment protection groups, schools, education related facilities and divers. They say, “Is Palau’s marine environment getting deteriorated?” or “A drastic increase of Chinese tourists in Palau has made the sea critical”. Last year, I received complaints from members of my NPO’s Palau snorkeling tour, because they saw Chinese snorkelers feeding fishes.

I have organized diving and snorkeling tours to Palau for long years. Many participants of my NPO’s snorkeling tours are eco-minded and educators.  As they have a great image on Palau as the sea of “the world natural heritage” and/or “the country the biologist emperor visited”, their disappointment was great. Unfortunately, I had to suspend the tour for the time being.

Banning of fish feeding is a common practice of the world

On February 12, 1999, the State of Hawaii passed legislation banning the feeding of fishes at Hanauma Bay.  After being under deliberations and signed by the state governor, it became a law on April 15.  The law came into effect on November 1, 1999. If you violate the law, you will be punished with fine amounting to less than $1000 and/or 30-day imprisonment.

It is said that fish feeding started at Hanauma Bay around the middle of 1970s.  Since then, people continued to give fishes the leftovers of bread, lunch bags and munch, etc.  Due to feeding, only big fishes such as Kyphosus Pacificus and Gray Mullets remained there, while other fishes were gone. This law was aimed at restoring an originally well-balanced natural environment by getting back smaller sized fishes which had been dispersed by big ones.  At the same time, improvement of water quality within the Bay was expected.

It is more enjoyable to see the nature of fish, not unusual behavior of fishes flocking around foods.

What motivated the enactment of the law to prohibit fish feeding

1. Case of Hanauma Bay in Hawaii

1) Fish feeding alters fishes’ life and place to inhabit. For example, fishes which usually do not live inside the reef became inhabitants there.

2) Fish feeding increases the risk of people getting injured from fishes.  Some fishes tend to be very assaultive to see foods being spread in the sea. There have been reports of the fingers of divers/snorkelers being bit by them. This happened every day at   Hanauma Bay.  You should keep it in mind that there are some fish species having teeth and you get injured by bites from them.

3) Fish feeding causes health problems to fishes.  Feed for fish farming does not include all necessary nourishment for those living in the Bay.

4) Fish feeding destroys the balance of ecological system.  Feeding results in increasing inhabitance of fishes beyond the capacity of the Bay, which puts stress on the whole Bay.

5) Feeding makes fish observation difficult. You can see a lot of fish only by snorkeling.  By feeding, you can only see a few kinds of fish.

6) Plastic bags for feeding undermine the view of the Bay and sometimes endanger marine wildlife.

l  At Hanauma Bay, the number of visitors is limited. Fish feeding is prohibited. No visitors are allowed one day a week. All visitors must take special education class before going to the beach.

This is an example of Hawaii.  I am convinced that this is the case for everywhere fish feeding is going on.

② Fish feeding and chasing is prohibited in the Marine Park in the (Egyptian) Red Sea.

④ In Australia, fish feeding not prohibited, but ‘responsible’ feeding is encouraged.

I read a guide book “Alii Palau”, published by Palau Visitors Authority. On page 58, there are “instructions on how to tour Rock Islands” and on page 57, “instructions to maintain the ecological system of the Jelly Fish Lake”. One question occurred to me: Why does Palau not prohibit them?

In addition, my company workers say that they haven’t seen any rangers who supervise these instructions.  Some people complained about drastic increase of Chinese snorkelers and their bad manners in Palau.  Also, tourists are asked to pay high green tax, but they are wondering if the tax money contributes to environment conservation.

After hearing these questions and complaints, I visited Palau recently. During my stay, I read a newspaper article headlined “Manta Ray Conservation Act Signed into Law”.  Of course, it was great news.  But I thought that it was a slow action for Palau, because Palau was the first country in the world that established a national shark sanctuary.

I dare to say that Chinese snorkelers are not responsible.  It is a pity that our neighbors are under criticism, which I worry may lead to promoting discrimination against them and deteriorating relations with them. I think that responsibility lies in Chinese business operators and the Government of Palau.  I hope that the Palauan government will have deep insight of the problems and take strong leadership to resolve them.

I visited an aquarium in Palau. Explaining comprehensive ecosystem and relations between sea and land, its exhibition is much greater than “man-made dolphin show.”  It was good that the emperor visited it.

Nature must been seen as it is.  Human activities should be limited to make environment sustainable. It is essential for human activities to be controlled legally.  I believe that these measures will contribute to have influence on school education, in particular, environmental education programs in Palau and to change consciousness of all people who are involved in tourism. 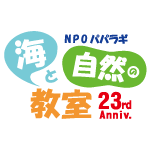